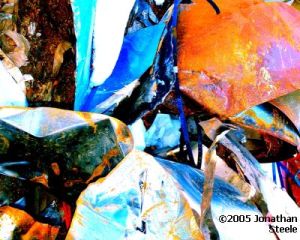 Why Do Some Patients Refuse to Die?

Some patients just refuse to die, and this I Believe.

It has to do with the spirit. The spirit of man, rather than being some ethereal possession, is the life force within us and this I believe.

As a scientist I believe it’s the force that actuates our mind and body and all the billions of cells to interact in a symphonic harmony we call life. Like the burning of a match, as long as there is fuel and oxygen there’s fire. So to with us, as long as there is spirit sustained by breathing, we are alive. Like a match running out of fuel into the mere glow of the final flicker of a flame, the spirit or life force comes to an end.

Helping people to use this power affirms my belief.

One evening at the end of my shift in the hospital, a patient requested me to visit. She spoke of her departure. Starting an assessment, I assured she wasn’t dieing. Yet she had an awareness of her life force slowly slipping away. It was starting to become that flicker, soon to go out. She was dying. She truly believed it. Now this I believed too.

In a flurry, the night shift nurses worked on filling her physiological needs. I cared for her spiritual need. Not religiously, rather a scientific psychological empowerment of that force.

Is there anything you have to do before you die?

I asked, "Is there any job to be done, anything to live for?" Her words came in almost a whisper, "Yes! My granddaughter's graduation!" Encouraging her to tap into that powerful force, I suggested, “See yourself alive, see yourself there.” This was the fuel to keep that flame from going out. Emergency surgery sealed her fate.

With the next evening came the surgeon’s commendation. Later, the daughter, a bed side witness, came up hugging, crying, and thanking me for saving her mom’s life.

Yet who really saved her? The nurses acting with the precision of a pro-sports team? The skilled surgical staff? My Nursing School Orthopedic Instructor? She said if we forgot everything else that she taught, remember this unusual, difficult to recognize syndrome that presented in this patient.

What about the patient, or rather her spirit?

What kept the flame burning just long enough for the emergency surgery to permit her continued existence? Clinically speaking, her body entered a condition that was not compatible with life.

This possibility, in spite of scientific data suggesting otherwise, tells me that there is a power beyond what science can study or measure. This was that life force or spirit helping the continuation of it’s most precious possessions, its ability to be. This I believe.

If to have only seen this once, it may have been an anomaly. What if it happened twice? Three times?

In an entirely different group than the one patient mentioned above, I have seen dozens of patients who have lost up to as much as 90 percent of their blood and yet they survived. It could be argued, based on the science, their survival was perhaps because they did not get a blood transfusion. Literature says this is not possible for continued life.

In the hospital, when we transfuse more than 10 units, a patient has a 50/50 chance to survive. What made these patients interesting is they refused blood transfusions even if it would have saved their lives. Yet they were in favor of safer treatments. Even more interesting, this group, based on research, often get out of the hospital faster, sometimes up to 3 days faster than those who get blood.

Not One Has Died

Of all of my patient that I was case manager in this group, not one has died. The lowest blood count of any patient I personally cared for was only 2.7. The record, last time I looked, was Hgb 1.2.

What is important about this is that they as a group defy what the literature says is possible. They refused to die as literature seems to indicate they should. Did the doctors and nurses play a part in saving their lives? Absolutely and truly this I believe. Yet there had to be something else at work here. Perhaps another force was at work. As one Jewish doctor once said, "Maybe there is something we just don't know about the avoidance of the use of blood in caring for patients."

Their something else was may have included a compelling reason to live. They all, each and every one had a job to get done, places to go and things to do. There just was not time for death at this point in their life. I know this because I was their nurse and personally managed their care through their hospital stay and thus was provided even more evidence as to why, this I believe.

AS of 2019, I have case managed or consulted for doctors on over 1000 patients refusing blood. As when starting, early in my career, not one has died. Some for religious reasons. Most, such as doctors who were patients, nurses and those in academia simply wanting the best possible care.

What things any of us accomplish, great or small, if even maintaining our own existence, is because of this remarkable power. It’s this force that actuates mind and body that makes all of us whoever we are. It is ours to control until we give it up or are too tired to hold on any longer.

The spirit of man, the life force within us, is a truly marvelous, incredibly powerful, and beautiful force. May all of us use that force to create beauty or bring about good every day of our existence.

Considering what I have seen, when it comes to the power of the spirit of man and the ability to refuse to die, the force is indeed with us and this I believe.

Return to Speechmastery.com: The This I Believe Speech Site