Do You Know the Basics of How to Write a Press Release?

A Public Speaking Press Release can be written by anyone according to David Skolnik, writer and editor of an Allentown PA area newspaper.

According to Wikipedia a press release, also known as News release or press statement is a communication to the news media announcing something as having news value. A public speaking press release is a valuable tool to let people know about you.

Note: Your public speaking gig, that you’re a finalist in a contest, you made a YouTube video or any of a number of reasons can make what is happening in your life newsworthy.

The communications end up with the assignment editors at newspapers, magazines, radio stations, television stations, and/or television networks and commercial news wire services such as PR Web.

Note: The purpose of a public speaking press release is multifaceted. It is to encourage reporters to develop articles on you and to get the ultimate most wanted response that story will bring.

Word of caution here. The media does not like the description PR or Public Relations.

To get what you want give them what they want.

Useful, interesting, fun information on you.

Print on your company letterhead. Then company name or your name, web address, brick and mortar address unless your office is virtual, and phone number where someone can call you. Then this is important.

Put the word PRESS RELEASE centered, in all caps to make it bold.

Next in your public speaking press release put in all caps but not bold FOR IMMEDIATE RELEASE this can go in the left above the title.

Next the Headline or Title. It needs to be centered and bold but not caps. It needs to be short, snappy and capture attention to get the journalist to read. Some might remember Hurst’s famous statement about a dog, beautiful woman or a baby will sell magazines. Well they can get press releases read too.

This is not my expertise but to say in my case “Local Artist Makes Semi-Final in International Video Contest” is OK for Scranton (if you are a Twilight Zone fan you will especially appreciate this) but it won’t cut it in New York City.

It needs to make the reporter just want to read it. Maybe the collective wisdom of the SBI forums or other friends can you here. This is why I have a publicist on my payroll.

The Body come next. Put the Date and City where it originated. The traditional press release will tell you to put the very basic very basic; who, what, where, when and why. However, the rules have changed. You are not limited by that criteria any more. Write like you write for the web.

Use the font style of Times New Roman, Ariel, or Teoma and double space and keep it to one page.

The first paragraph is like an introduction to a speech or your home page. Your title started the interest, next you briefly tell what it is about.

Second Paragraph... Details of who would care and why, when the next round will happen, where you can find it, where you will be giving your public speech.

Note: This is the cool part. If you have created a YouTube video and are doing a public speaking press release on it, upload it to your about page. Then send the visitor to your home page (the easiest to get to) and on your home page put up a direct link at the top to the about page. Put an embedded link that will catch their attention as soon as they arrive.

Add the bold tags before and after the words they will read.

The code if you don't know it would look like this. Just eliminate the extra space between the '<' signs.

Once at your about page, they click on the link, back to your about page, and they are now warmed up for your five pillars and to join us in one of the most wonderful companies to be a part of.

In the second paragraph, tug on the heart strings if you can. Journalist are looking for great stories this time of year. It needs to have the human interest aspect to get them to bite.

The third paragraph is a conclusion or summation including the company contact information.

At the end put ### or three # signs in a row centered. This means it has ended.

Make it Keyword rich…It just may be on the internet after all.

Write the public speaking press release on purpose. Your purpose may only be to get the reader to click or visit your about page. It may be to hear your speech. What ever it is, make sure you have a purpose. Have a Most Wanted Response that will benefit your audience.

What Not To Do

Do not call after sending a public speaking press release or any other kind of news release. If you ignore this rule, have a reason like an angle or if they need any other information.

Also do not ask the reporter to call you when published or even send copies. Expect to pay for those copies.

Rationale...First, it is bad form for someone who submits a public speaking press release to do this. An even bigger reason, the press release should be written for more than just the media. You should be so busy writing to specific viewers that you will not have time to follow up on individual publishers unless they call for a story.

Then if you get your most wanted response... from your public speaking press release and they write an article on you...

Do not ask to see the story before it is published. That is considered bad form. However to keep them from writing something that will make you or them look foolish since they may not understand the web, ask if you can do a fact check.

Radio and TV love food but never offer anything to a print reporter. Never even offer to pay for lunch. Split the check.

Having a story about you is a bit of a crap shoot.

I had a great story that made the front of a magazine on me and my art. Only thing, he wrote that I was the kind of guy many prospective mother-in-laws would like to meet.

All was not lost. I went to pick up and go out with one of my sales people. She invited me in to meet her dad. He never approved of any of her friends.

He asked why she couldn’t go out with a guy like this and pointed to the picture of me on the cover of the newspaper magazine. She said, "Dad, that’s the guy who is picking me up today." 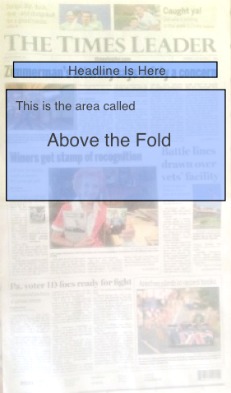